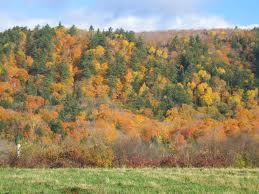 Where To Find Black Truffles – Locations

Black Truffles are found throughout the world in the wild and are as well farmed commercially.

Actually, the word truffle comes from the Latin word “tuber”, which means outgrowth and is also known as the “Black Diamonds” because of their high value.

Hunting For Truffles In Europe

Well known locations to hunt in Europe are France, Italy, and in some parts of Switzerland. Taste is also varied by location…

Hunting In The USA

In the USA they can be found in the Pacific Northwest states like Oregon and Washington State where there is a widespread enthusiasm about hunting also for the Oregon white truffle. Some portions of the Southern United States as well are home to a variety of Black Truffles that are also called “Pecan Truffles” which grow close to the Pecan tree.

China is the largest producer of this delicacy today in the world. In 2005 China was the top producer with 1`410`540 tons of truffles being harvested. Truffles from China are not of the same high quality of Truffles found in Europe and North America.

The black truffle or black Périgord (Tuber melanosporum), is named after the Périgord region in France and is can be located across Europe. There are “Black Truffles” that are known as Summer (Burgundy Truffle) and Black Winter Truffles, which are usually hunted during the early autumn months right through to the beginning of January.

The Black Truffle grows in forests that have a mixture of trees including Oak tree, Hickory trees, Chestnut trees, and Hazelnut trees. The soil that they thrive on has a rich lime content and are found near the top of the soil, growing on the roots of the above mentioned forest trees.

This “fruit” of the earth is a symbiotic fungus that can be eaten and has an exotic aroma that is formed through symbiosis.